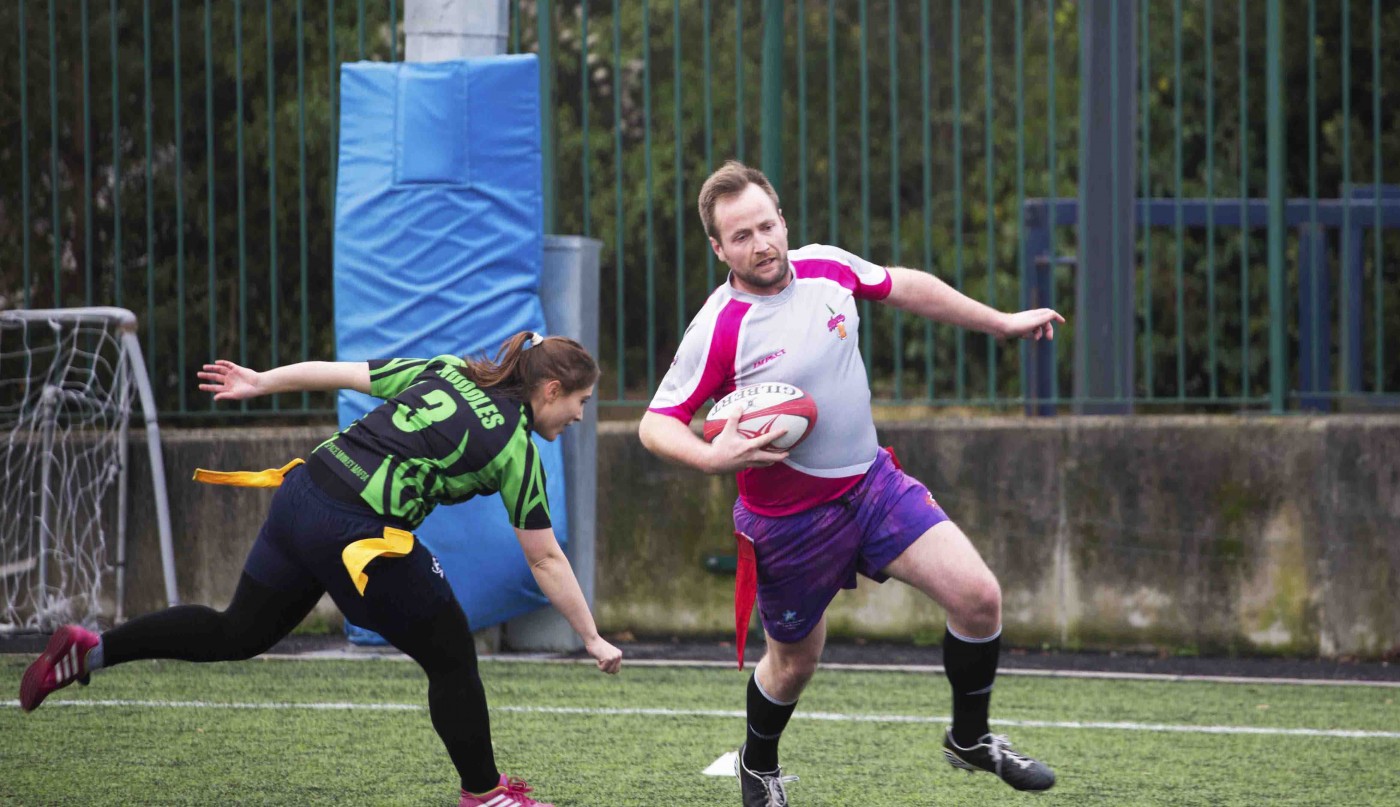 Cork Tag Rugby’s Christmas Social Tag Rugby Charity Blitz 2016 took place on the 27th December in Carrigaline Soccer Club. Yet again we had an exceptional turnout and a thoroughly enjoyable day. All proceeds from the day will go directly to local Carrigaline Charity Football For All. Well done to all teams for making the day a joy to run. We really hope you enjoyed the day.

As we reached the knock out stages, the stakes were raised significantly. In the Cup Semi Finals, Dirty Hookers were looking to retain the cup they won last year, with Balls Deep and The Fat & The Furious pushing hard to taking their crown off them. In the Semi Final, Fat & The Furious secured victory over Balls Deep with a golden try,fully deserving their position in the final. In the other semi final, Ireland’s Maul were unable to overcome a resurgent Dirty Hookers. In the Bowl Semi Finals, The Hungover Games had a great victory over Hollies Team. Hollies Team rolled out all the stops bringing in experienced referee Kline into the mix, However they came up just a little short. In the second Bowl Semi Final, the new kids on the block Tagged Without The Ball took on the seasoned No Woman No Try. Experience won out in the end setting up a Bowl Final between The Hungover Games and No Woman No Try.

We take a break until the beginning of 2017 where we will be back in Carrigaline for our new league commencing Wednesday 11th January. This is a 10 week league and runs until mid March. We also have our 6 week league kicking off in Cork Harlequins on Monday the 23rd January 2017. Thereafter, we will be in Highfield RFC at the beginning of April where our hugely popular Spring League kicks off on grass. If you want further information CLICK HERE.